First it was the Best Marigold Hotel, now it’s the BBC television series Last Tango in Halifax and two films about to appear on our screens, Song for Marion and Quartet (directed by Dustin Hoffman).

As I write this the best selling Kindle ebook in the UK is Thursdays in the Park, about a woman in her sixties embarking on an extra-marital affair.  All of these feature old people – that’s to say pensioners – and if there is a slightly patronising quaintness underlying most of them all it’s in the surprising notion that anyone over sixty is still able to do anything other than eat, breathe, sleep and walk about a bit.

However the good news is that two famous elders are about to star together in the West End (well, Waterloo) in Much Ado About Nothing. Vanessa Redgrave and James Earl Jones  – last seen together in Driving Miss Daisy – will be playing Beatrice and Benedick at the Old Vic in 2013, directed by Mark Rylance. The wonderful thing about this is that these parts were obviously not written for actors in their seventies and eighties (respectively), and the play is not about old age but love, which – as anyone over or under sixty will readily admit – can hit you in the face at any time in your life.

Two years ago another elder, Judi Dench, played Titania in A Midsummer Night’s Dream at the Rose Theatre, to much acclaim. Sian Phillips, also in her seventies, played Juliet in Juliet and Her Romeo at the Bristol Old Vic, opposite Michael Byrne (in his sixties) as Romeo. I didn’t see either of these productions unfortunately, but to quote Michael Billington: ‘Like Judi Dench, she [Phillips] defies time and knows how to weight every syllable to communicate meaning.’ (Guardian review, 17 March 2010). 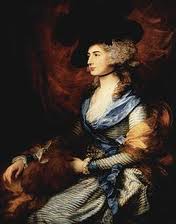 It’s not just now that actors have kept going into their later years. Sarah Bernhardt kept performing, on stage and screen, pretty well up until her death at the age of 79, for the last part of her life with one leg. Sarah Siddons, commonly regarded as the best actress ever to grace a stage and described by Hazlitt as ‘Tragedy personified’ also kept going until – this time in Hazlitt’s regretful view – she had lost the energy and vitality of her younger years. (She retired in her fifties).

If the Rolling Stones can still do it in their seventies then that is reason enough to celebrate!

On another topic altogether, I’m pleased to see new indoor theatre at the Globe is to be named after the American actor Sam Wanamaker – sole founder and inspiration behind the entire Globe project. I may be wrong but I believe this is a change from calling it the Inigo Jones theatre (after the 16th/17th century architect and set designer). Wanamaker died before the theatre was completed but his place was taken at its opening by his actress daughter Zoe. The theatre will open in 2014. For more details click here.